In June, Horizon Travel Magazine published an editorial on the work of Harmony Movement. The 'Says Who' ad campaign challenged Canadians to question the social norms that exist within our society. The 'Says Who' encourages everyone to celebrate their individual differences and to question the labels that are placed on our identities. 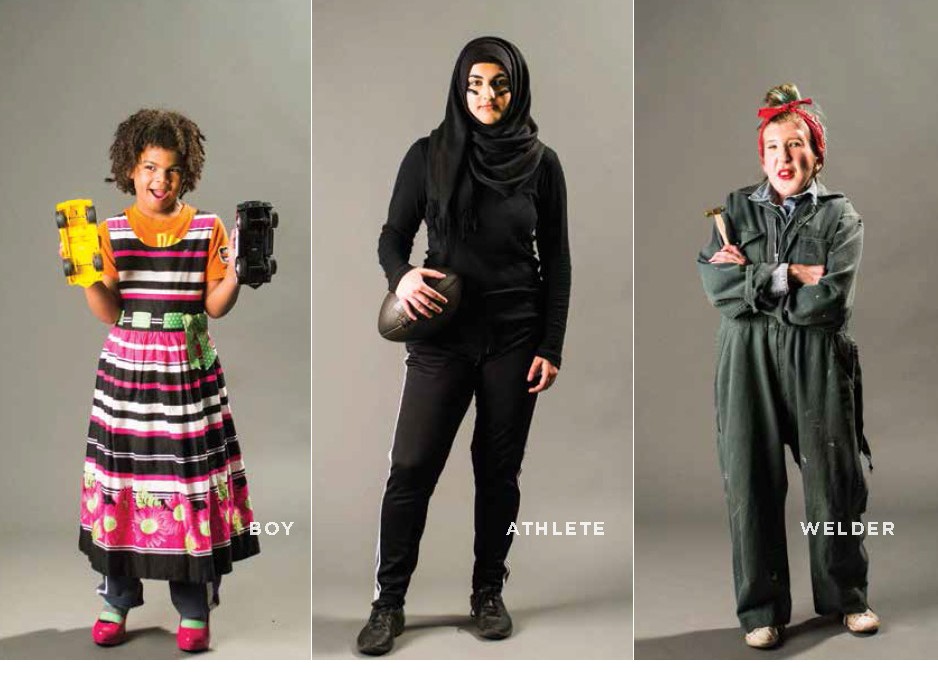 After attending our 2-day Equity Leadership Training Program one student had the skills and courage to stand up for what they believe in.
“Two weeks ago was the first time I actually stood up for my beliefs. Not knowing what the outcome was going to be I went ahead and did what I thought was right. About a week before this incident I was picked to go to a leadership conference. At this conference we talked about the five things that we can do when we see something wrong; either join in with the act, know in my mind that it is wrong but not do anything, know it is wrong then tell someone about it, or know it is wrong and do something yourself. I made the decision to push myself and do something about it.

While attending a basketball game I saw a guy who was dressed as people portray stereotypical Aboriginal people. I found this very offensive because I am Aboriginal, and people like him give us a ‘bad’ reputation. I am very proud of who I am and where my family is from, and nothing about me looks like anything like what this guy was portraying.

After watching this guy for three quarters of the game I decided I would go up to him and tell him what he was wearing was offensive to me. It took a lot for me to do this because I am a very soft-spoken person and not the one to put myself out there like that.

The guy ended up defending his choice to wear the ridiculous headband for our entire conversation, and no matter how much I tried to make myself understood, I knew when I was done talking to him that anything I said wouldn’t change his mind. When I got back to my seat I was boiling with frustration.

The next day one of my teammate’s parents came up to me and told me that what I did took a lot of courage. This parent comes for a racialized background and said that when he was young he would have wanted to do something like that as well, but he didn’t have the courage to.

Just last week my coach pulled me aside after practice to let me know that he heard what happened at that game. He told me how proud he was of me that I stood up for something I believe in and am passionate about. He also told me that my action showed a lot of leadership.

I did something completely for myself because I was affected by it and I had no idea it was going to affect anyone else the way it did. I felt like a true leader just by simply standing up for myself. I didn’t think putting myself out there was something I could do because it wasn’t in my nature. Seeing my actions have such a great result I won’t be so hesitant to stand up for who I am and what I believe in, in the future.”

Harmony Movement is working to empower youth to be Social Changemakers across Ontario by standing up against discrimination and being a voice for change.