Harmony Movement provides interactive diversity and equity education programs that empower and inspire youth, educators and those in the social service sector to develop an equity lens, empathy, respect, and leadership skills as leaders for social change.

We encourage critical thinking, courageous conversations and strategy building to address and take action against stereotypes, prejudice, discrimination, racism and other forms of oppression.

We envision a Canadian society that is equitable, just, and caring for all.

Harmony Movement was formed in 1994 as a not-for-profit organization to combat inter-racial intolerance and to confront the “us versus them” attitude which was prevalent in Canadian society at that time. Our mandate is to promote diversity and to combat all forms of discrimination that act as social and cultural barriers to individuals’ full participation in society. We empower youth to become leaders for social change by implementing diversity education in schools and communities. 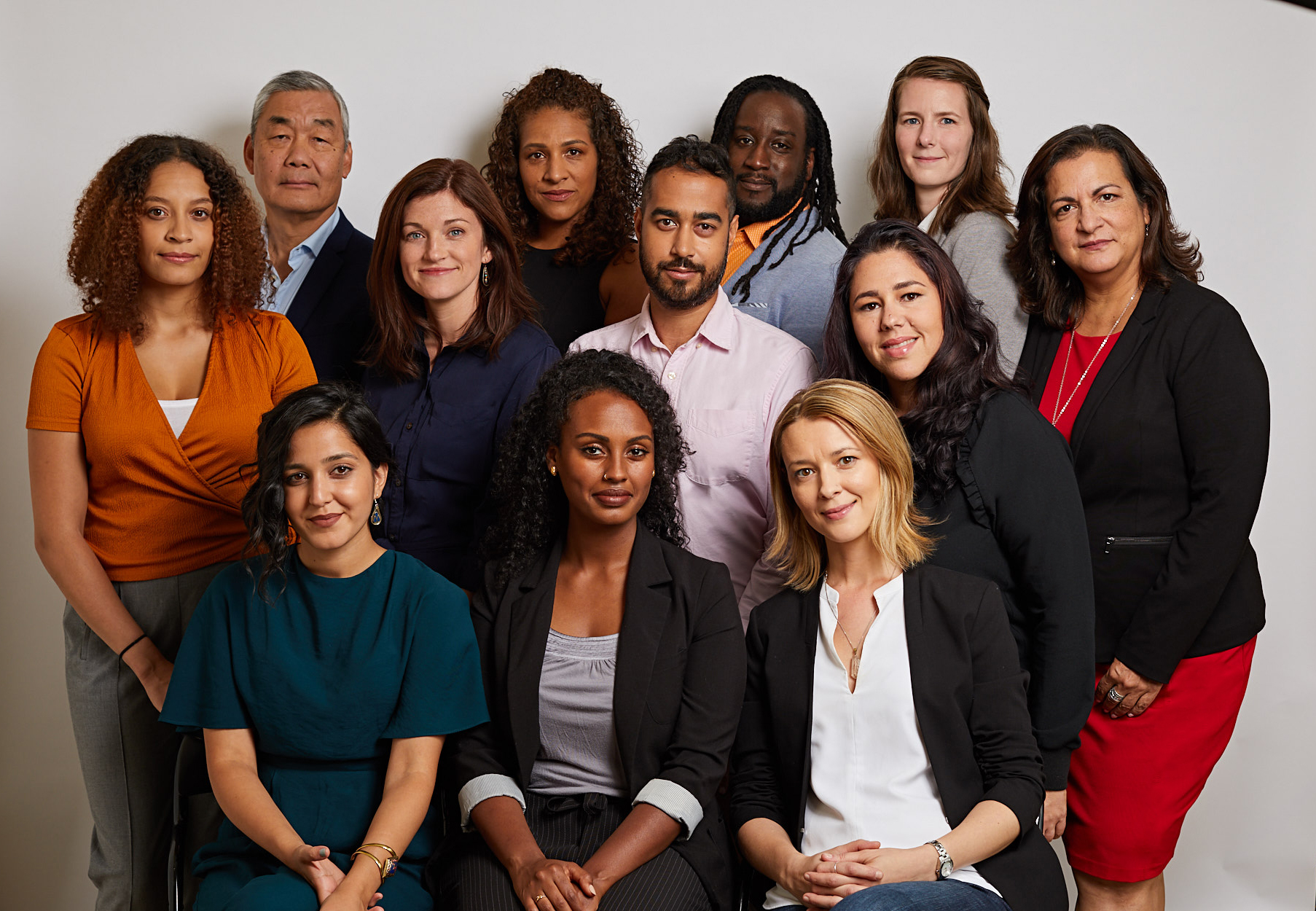 Harmony Movement is committed to passion, communication, flexibility and professionalism 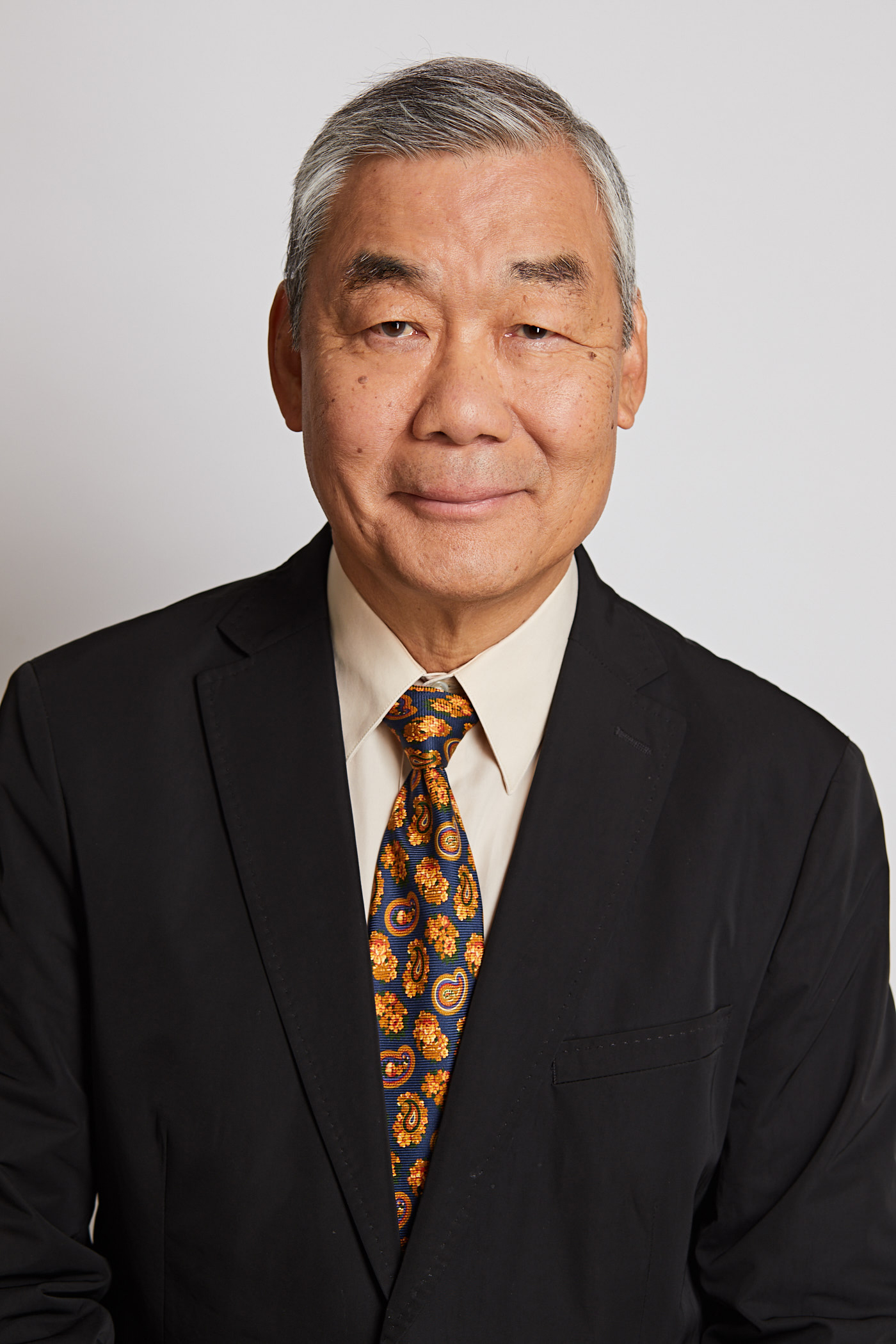 Cheuk Kwan Executive Director
Cheuk offers over 40 years’ experience in organizational leadership. He joined Harmony in 1996 after a successful career in technology management. In 1978, he co-founded an Asian Canadian magazine on arts and cultural activism. In 1979, Cheuk led a community protest against racist portrayal of Chinese Canadians by a national television network and has also directed and produced a landmark documentary about the Chinese diaspora. Cheuk holds a BS and MS in systems engineering from Case Western Reserve University and University of California, Berkeley respectively. 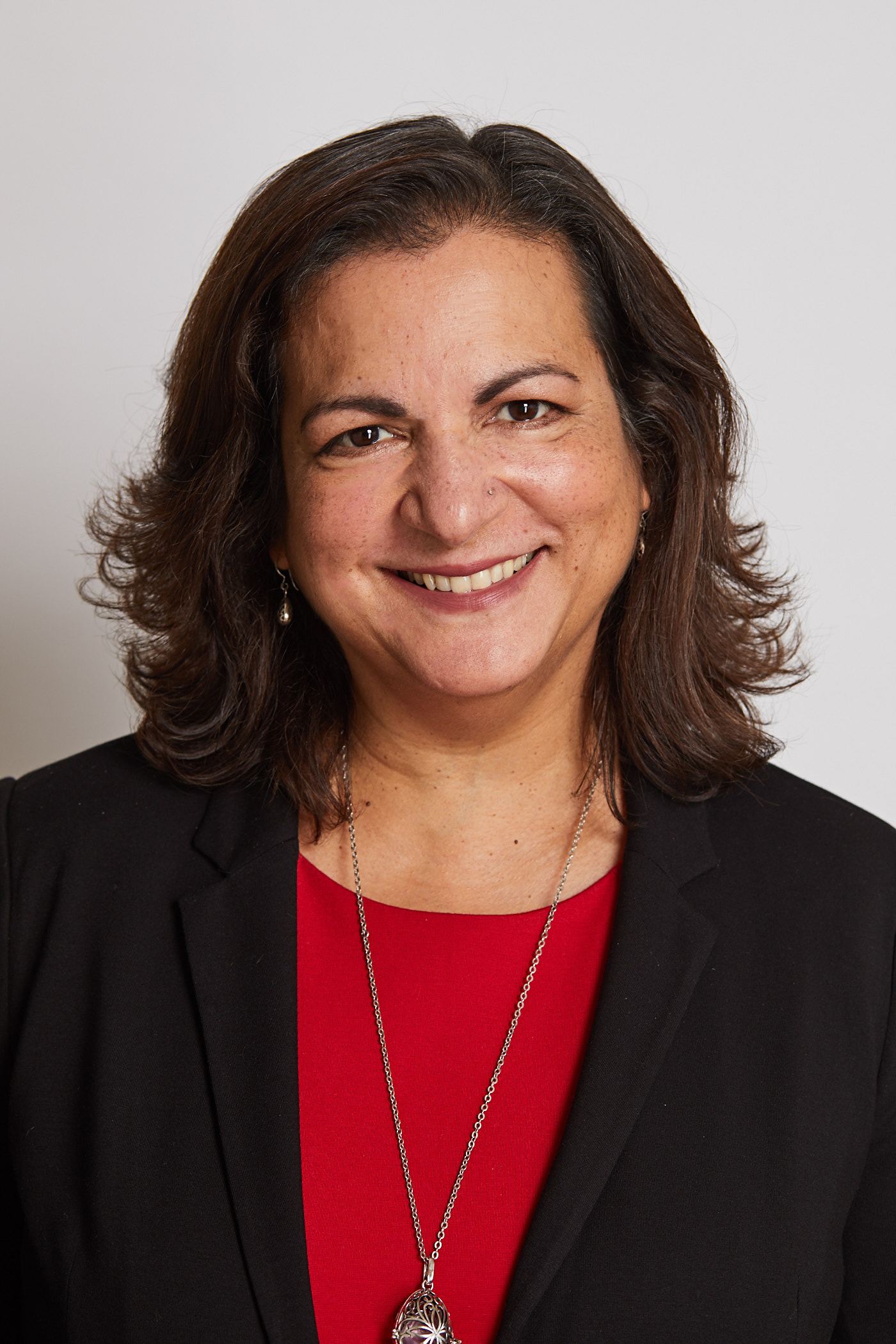 Roz Espin  Director, Equity Education
Roz has more than 20 years of experience in the not-for-profit, corporate and education sectors providing training, thought leadership, change management, and advisory roles in equity, diversity and social inclusion. She is responsible for the development and delivery of over 120 Harmony workshops and conferences annually. Roz’s children’s book, Amazingly… Alphie! Understanding and Accepting Different Ways of Being, continues to be a valuable tool for parents and educators to promote the understanding, acceptance and celebration of diversity. 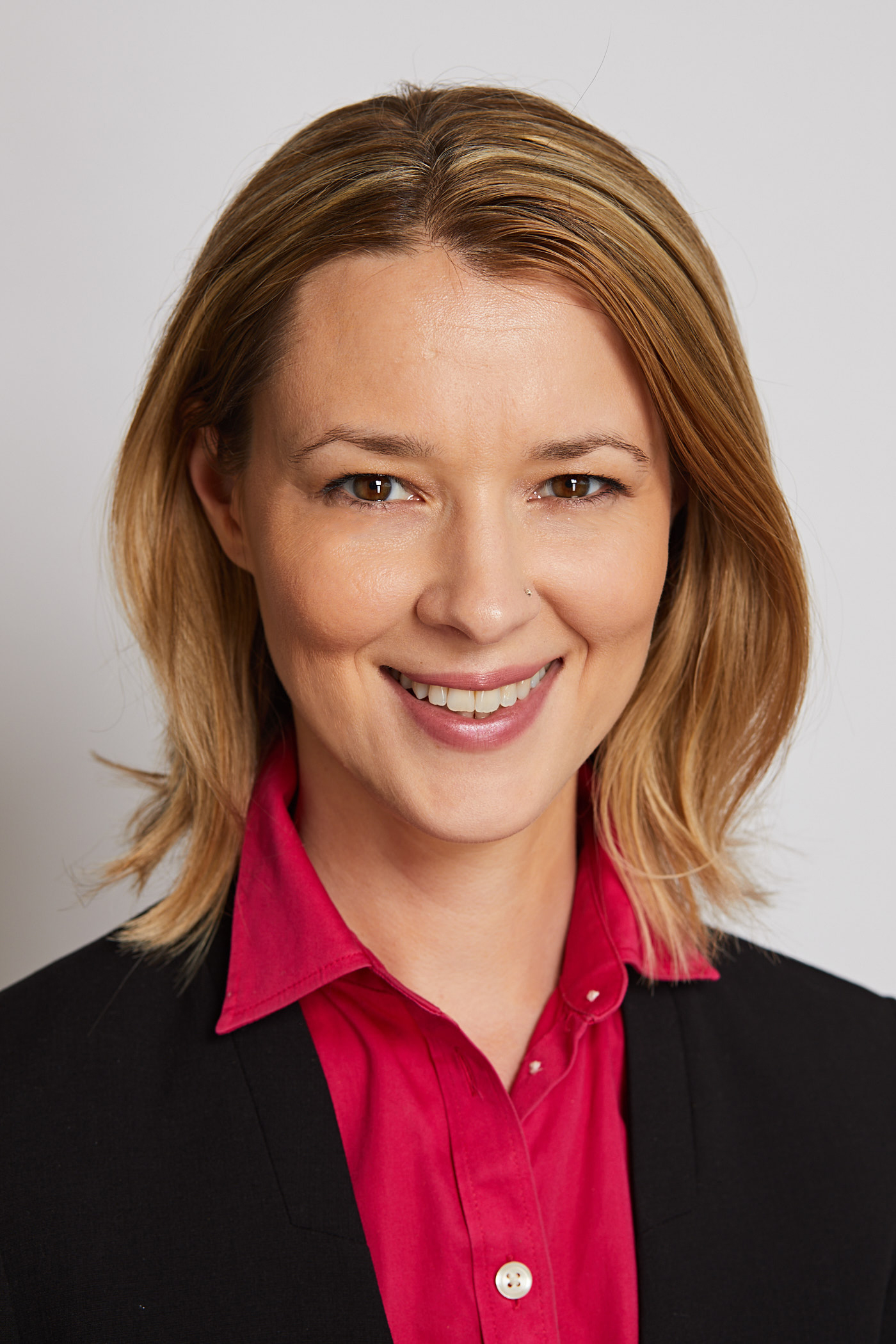 Ilaneet Goren Director, Workplace Learning and Development
Ilaneet has over 15 years of experience in inclusive program planning and delivery. Her passion for human rights and peace dialogue began as a youth in Israel, and her years in the mental health sector as a counsellor and manager of programs and multi-stakeholder projects informs her work as an equity and inclusion advisor. Ilaneet is a certified Life Skills coach trained in Mindfulness. She holds a BSW and MSW from Ryerson University and University of Toronto respectively. 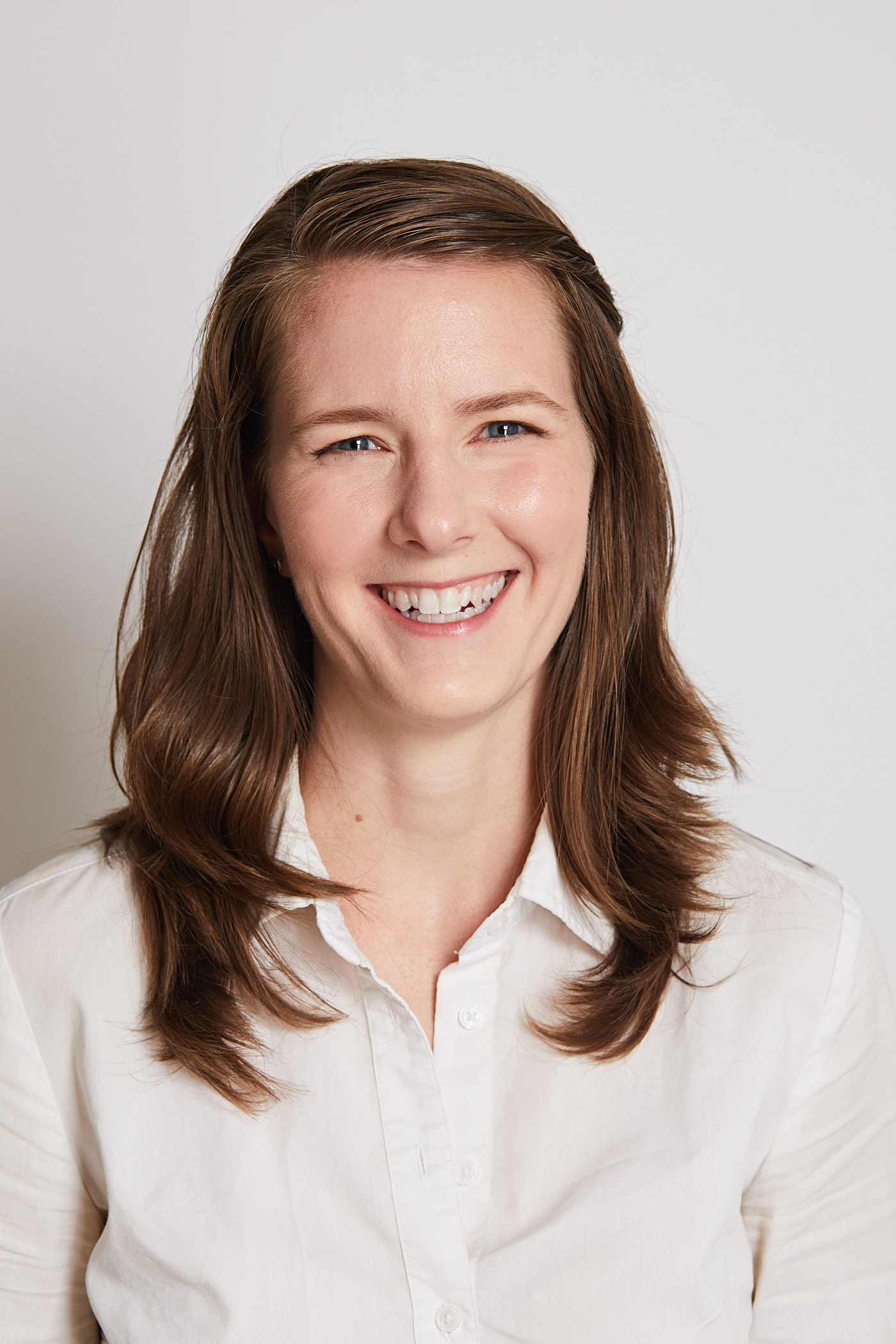 Janelle Yanishewski Manager, Operations
Janelle has a B.A. in Equity Studies and Peace and Conflict Studies from the University of Toronto and has an array of experience in the not-for-profit sector. Her diverse volunteer experiences both in Canada and internationally have fueled her passion for equity and social justice. Janelle’s experience in communications and marketing has given her the tools to spread the word about equity work.

Erin Campeau Fundraising & Communications Coordinator
Erin holds a master’s degree in International Peace, Conflict, and Development Studies from Universitat Jaume I in Castellón, Spain and a B.S. in Psychology and Spanish Language, Literature, and Culture from Central Michigan University. For the past ten years she has been traveling, studying and working as an educator and researcher. Her passion for peace has taken her to Europe, South America, Africa, the Middle East, and Asia. 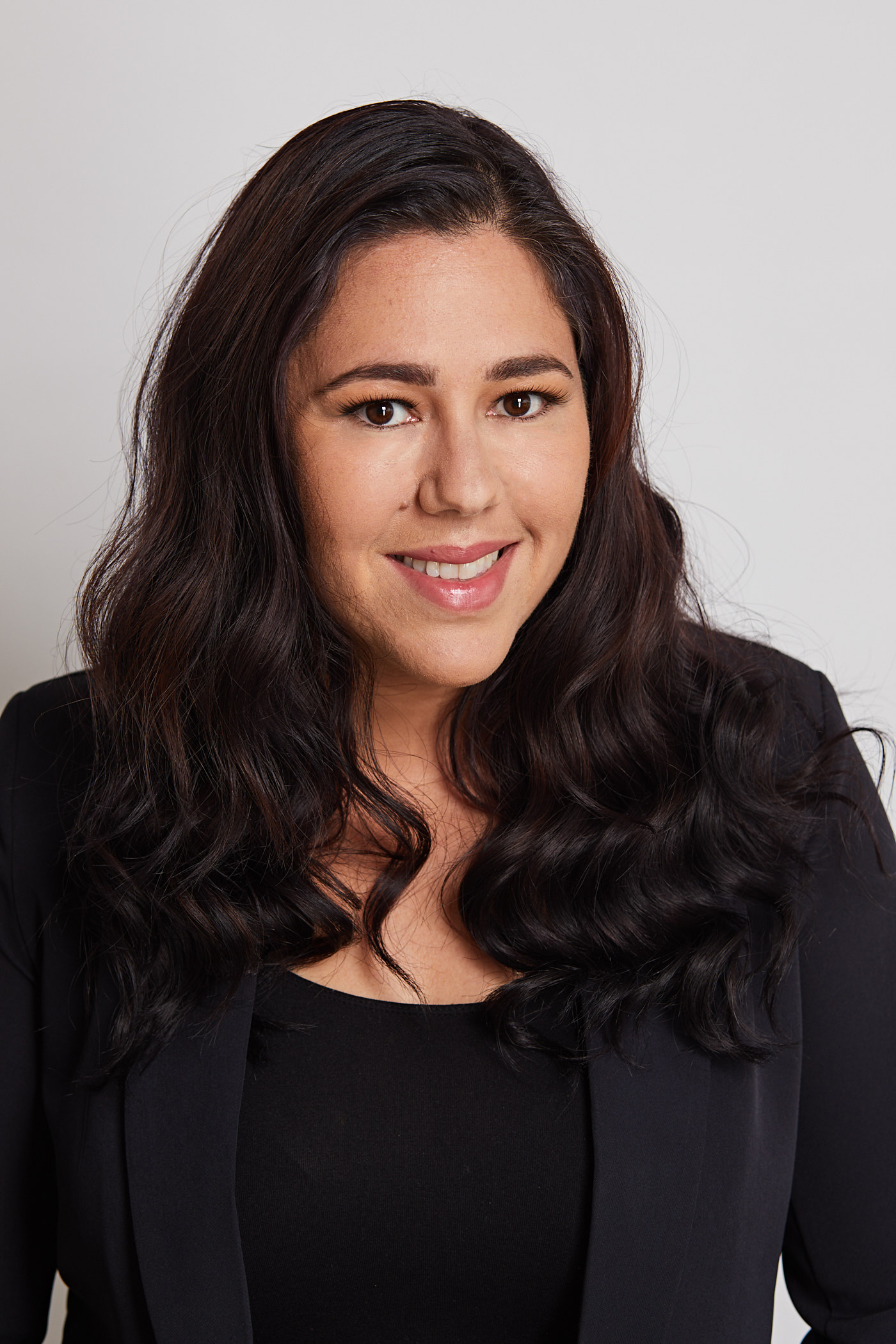 Rima Dib Program Manager, Program Development Specialist
Rima has over 12 years of experience working directly with youth leading a variety of leadership programs.  As Professor of Early Childhood Education at Seneca College, Rima brings with her a wealth of knowledge on youth and adult instruction and education, as well as experience in creating curriculum. Rima has over nine years of experience leading an international not-for-profit social service organization, serving as Executive Director for the last three years. 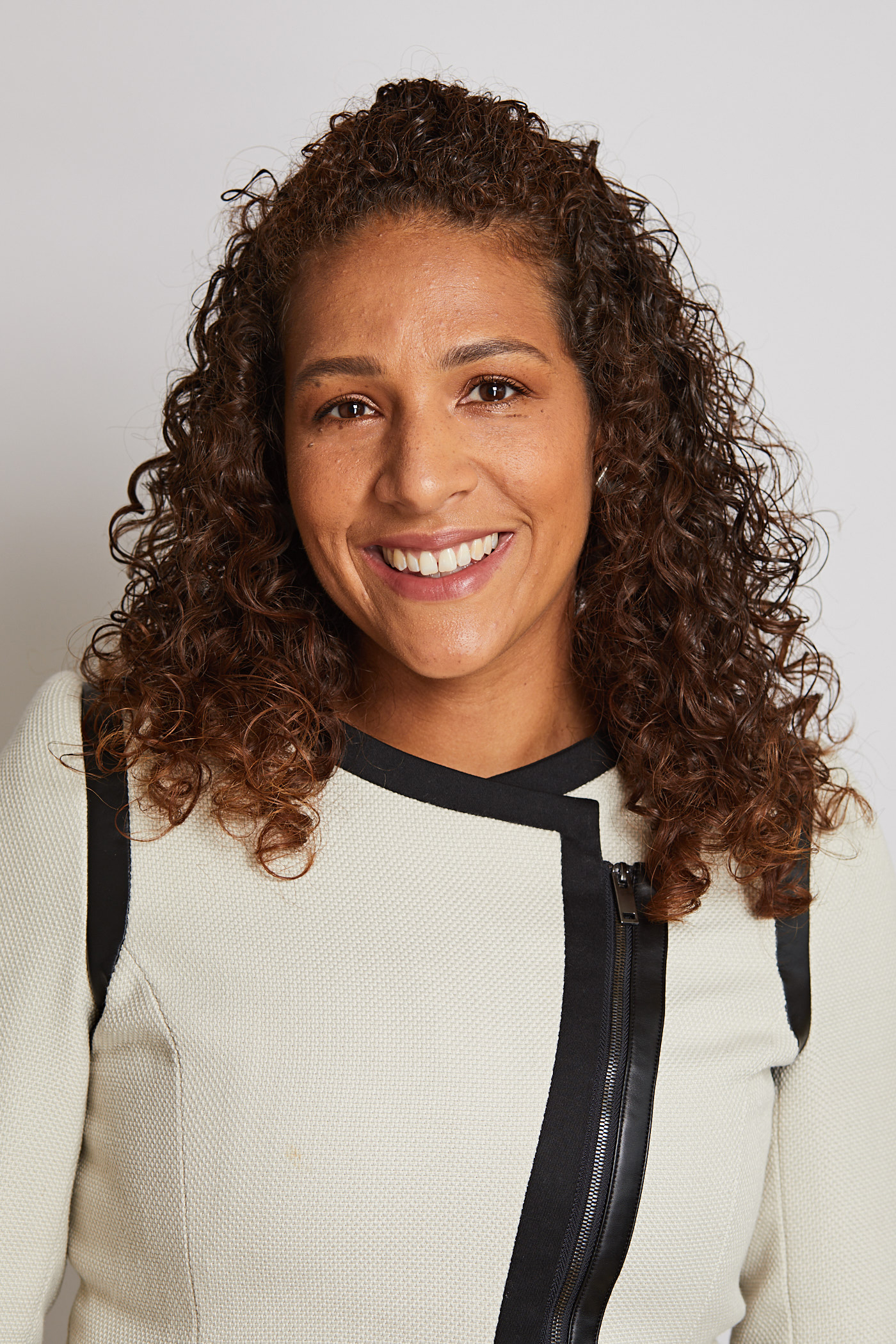 Koryn Stanley Program Manager, Staff Training and Development Specialist
Koryn is passionate about empowering youth and giving them the confidence to create change. Her experience spans from working with newcomer youth to giving girls safe spaces to feel comfortable with their identity. Holding an Honours B.A. from the University of Toronto in Political Science and Women Studies, Koryn infuses her professional and educational experience to create a more equitable society. 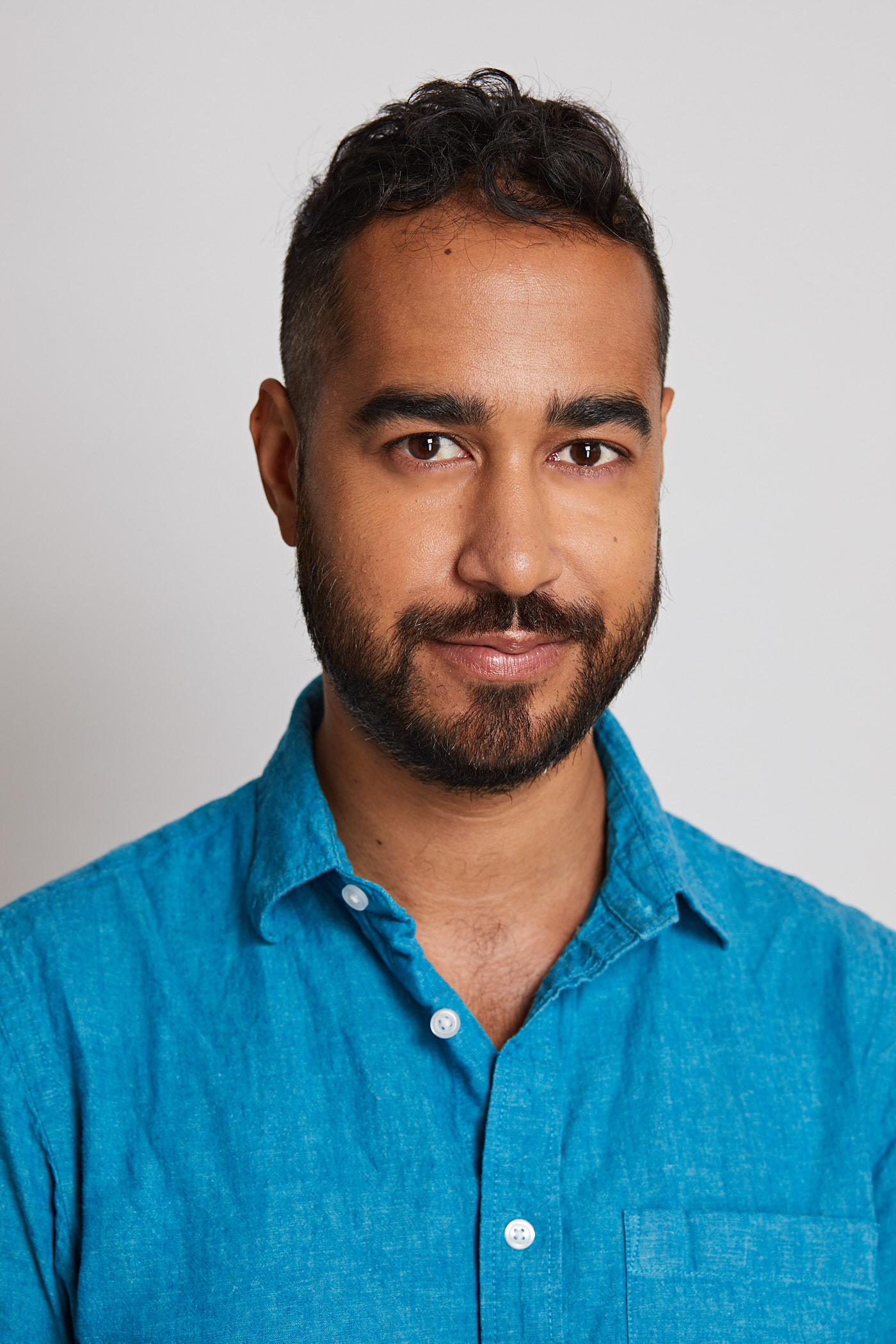 Ryan Singh Program Facilitator, Community Development Specialist
Ryan has worked in community development organisations over the last decade in sexual health, with LGBT youth, and on anti-poverty strategies. He holds an M.A. in Gender, Feminist and Women’s Studies and a B.A. in Sexuality Studies, both from York University, and a diploma in Community Work from George Brown College. He is passionate about working with youth on the intersections of their identities and making true social change. 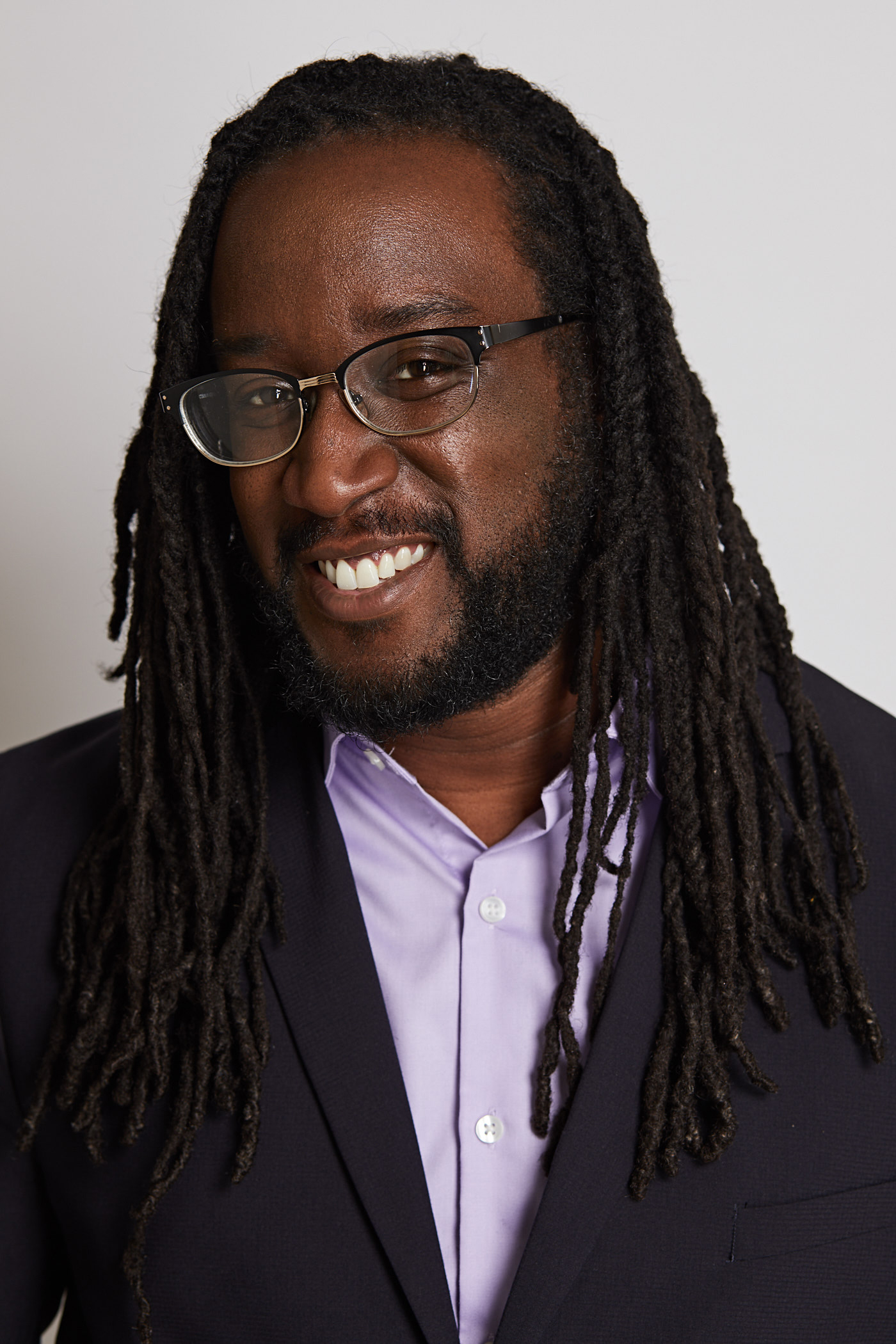 S-Quire Johnson Program Facilitator
S-Quire has been developing and implementing programs and initiatives within community agencies, businesses and educational institutions since 2012. His work has been instrumental to the success of Ujima House, the first and only culturally responsive father-focused family resource centre in Canada. S-Quire has conducted anti-oppression/anti-racism workshops for the Children’s Aid Society of Toronto and has presented at municipal and provincial conferences for youth, educators and social workers. 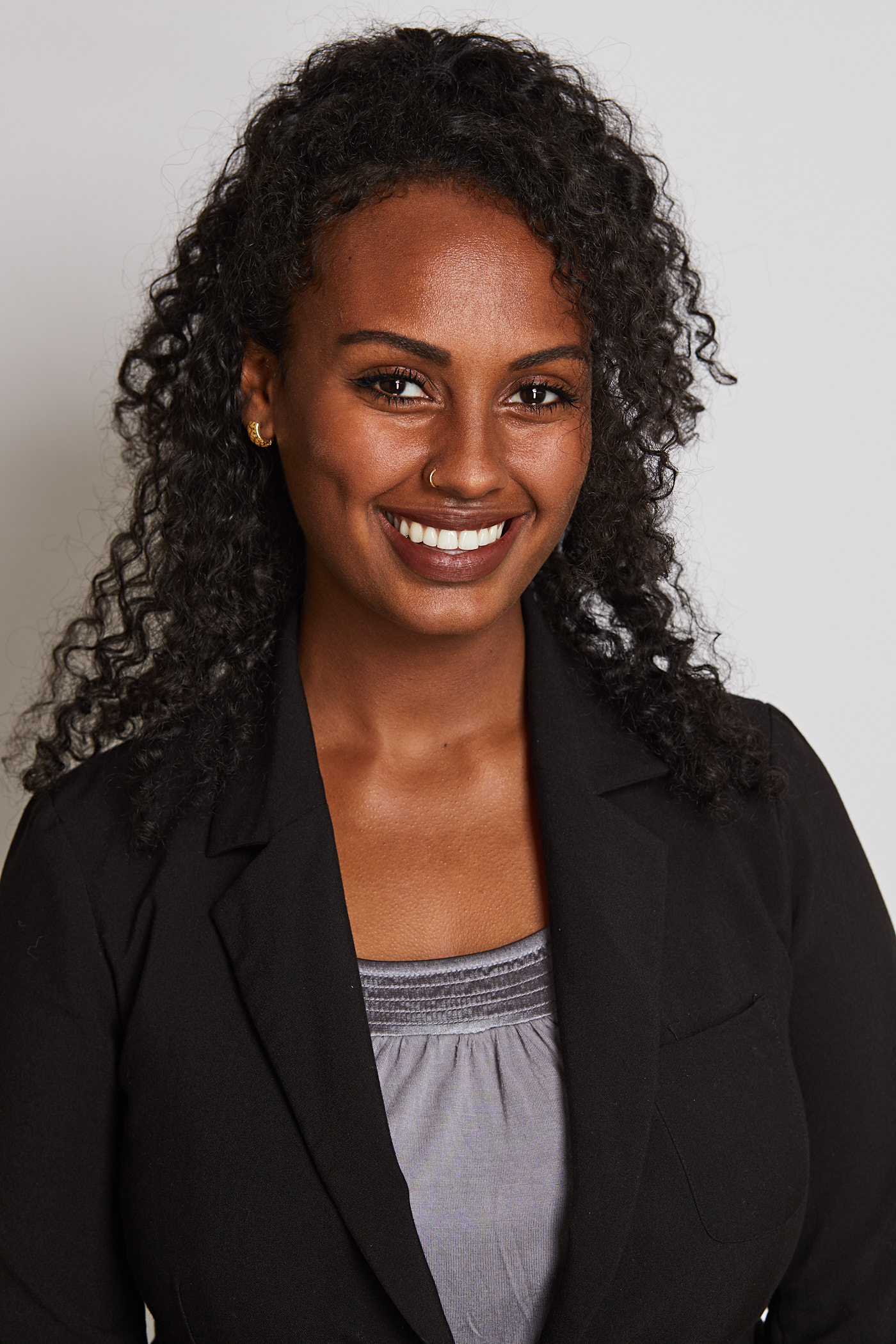 Danait Mehreteab Program Facilitator
Danait is a passionate advocate for social justice, youth empowerment and community development. After completing Harmony Movement’s Diversity Leadership Certificate Program in Grade 11, she believes in the power of diversity education as a way to inspire young people to “be the change”. Danait holds a B.A. in Health Studies and Peace Studies from McMaster University and a Post Graduate in International Development Studies from Humber College. 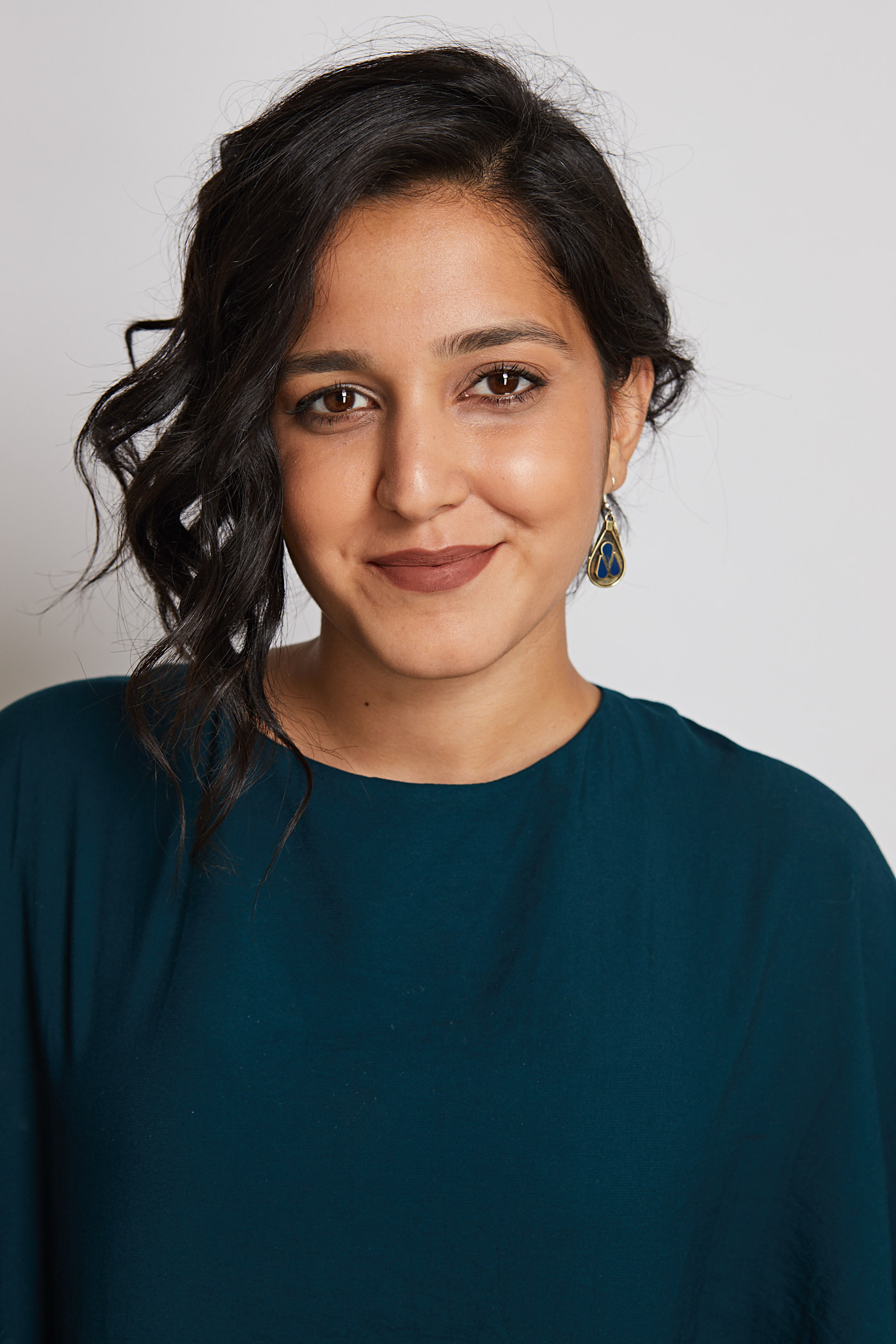 Maham  Malik Program Facilitator
Maham is a community organizer with experience designing social programming in Pakistan and Toronto. Her work has largely focused on addressing gender-based violence and challenges faced by immigrant and refugee communities. After completing her BSc in Anthropology and Sociology from the Lahore University of Management Sciences, she pursued a research fellowship at the University of Cambridge. She co-founded of The Dabke Collective in 2016 to create a space for participatory, collaborative community art.

Mary Anne Chambers is a former Senior Vice-President of Scotiabank and has served as Minister of Training, Colleges and Universities, and Minister of Children and Youth Services in the Government of Ontario. She is a Governor of the international Development Research Centre and a member of Boards of Directors of the GraceKennedy Group. A recipient of the Order of Ontario, Mary Anne has also received honorary doctorates from the University of Toronto, York University, Lakehead University and the University of Guelph.

Gordon Cressy, a social worker by training, spent his career in the public and not-for-profit sector working with the United Way, University of Toronto, Ryerson University, Learning Partnership, George Brown College and the Nelson Mandela Children's Fund (Canada). He spent five years with the YMCA in Trinidad and Tobago. As a politician he served as Chair of the Toronto Board of Education in 1975 and 1976 and was a member of Toronto City Council from 1978 to 1982.

Joseph Wong is a family doctor and philanthropist. He founded the Yee Hong Centre for Geriatric Care in 1987 and also served as the chairman for the United Way of Greater Toronto from 1990 to 1992. Joseph was named Man of the Year in 1986 by the Toronto Star and one of Toronto's most influential people in 1991 and 1992 by Toronto Life magazine.  He was awarded the Order of Canada in 1993.

Bernice Carnegie Chair
Bernice Carnegie is a founding director of the Herbert H. Carnegie Future Aces Foundation and was its former Executive Director for seventeen years.  She has been engaged in character building youth initiatives for forty years and continues to serve the community as an Educational and Life Enrichment Speaker.

Helen Anderson
Helen Anderson is an Education Specialist at Public Health Ontario.  Helen is committed to fostering more inclusive communities and reducing social, economic, political, environmental, and health disparities through education.  She has worked with children, youth and adults at the K-12, post-secondary and community levels to challenge inequity, foster leadership skills and reduce barriers to success.

Pam Bynoe
Pam Bynoe is Manager, Employee Relations at Scotiabank and has worked extensively in the Diversity, Employment Equity and Human Rights fields with Scotiabank, Workplace Safety and Insurance Board and YWCA. She also served on several boards, including Central East Community Care Access Centre (CECCAC) and The Times Change for Women.

Marguerite Campbell
Marguerite Campbell is the Superintendent of Schools for Learning Network 4 at the Toronto District School Board. She has been involved in education for over 25 years, including secondments to York University and The Ontario Institute for Studies in Education Faculties of Education. Marguerite brings a passion for the work of education in social justice and teaching and learning for change.

Ashley D’Silva
Ashley D’Silva is an Independent Financial Advisor providing financial planning and insurance services to individuals and businesses. His interest in developing respect for diversity for ourselves and generations to come brought him to Harmony Movement. He believes social division comes at a high cost and by finding ways to empower youth today we can build stronger communities in the future.

Miriam Edelson
Miriam Edelson is a social activist, writer and trade unionist living in Toronto. Her first book, “My Journey with Jake: A Memoir of Parenting and Disability” was published in 2000. “Battle Cries: Justice for Kids with Special Needs” appeared in 2005. She has completed her doctorate at OISE/University of Toronto, specializing in mental health in the workplace.

Ranvir Jangi Treasurer
Ranvir Jangi has actively promoted diversity and inclusion within the Greater Toronto Area for over forty years.  He has served with numerous anti-racism and social justice organizations and has been a Harmony Board member for 22 years. He is retired from public service with the Government of Canada.

Beverley Johnson
Beverley Johnson is a labour activist and has held positions at the Ontario Public Services Employee Union, the Ontario Human Rights Commission, and the Jamaican Ministry of Labour and National Insurance. She is also a founding member of the Ontario Coalition of Visible Minority Women and the Toronto chapter of the Congress of Black Women.

Cian Knights
Cian is a Patient Experience Advisor leading priorities on patient and family experience, health equity and community engagement at St Michael's Hospital. She brings over 15 years of experience partnering with diverse stakeholder groups to address issues of inequity and social justice, both locally and globally. Cian is committed to fostering the health and well-being of people and communities, with a particular vested interest in the empowerment of children and youth.

Cheuk Kwan Executive Director
Cheuk Kwan joined Harmony in 1996 as Project Director after a twenty-year career in technology management. In 1978, he co-founded an Asian Canadian magazine on arts and cultural activism. In 1979, Cheuk led a community protest against racist portrayal of Chinese Canadians by a national television network and help founded the Chinese Canadian National Council. He has also directed and produced a documentary series about the Chinese diaspora.

Warren Li
Warren Li is a founding board member of Harmony Movement. A land developer and home builder by profession, he is passionate about the concept of building communities for a harmonious society. He is the founding president of Chi Heng Foundation Canada, a charity set up to help children inflicted by HIV-AIDS epidemic in China, currently giving educational assistance to more than 26,000 orphans.

Marilyn Verghis
Marilyn Verghis is a young leader, community builder and equity educator and a graduate of the Harmony Movement program. She studied International Development with double minors in Economics and Women's Studies at McGill University and is the Founder and Director of a Canadian non-profit organization Vision Brampton. She currently serves on the National Board of Directors of Equal Voice Canada as the Chair of the Equity Committee.

Fatih Yegul
Fatih Yegul holds a PhD Degree in Engineering from University of Waterloo. He is currently a professor at the International Business Management degree program at Conestoga College and has held various executive positions in both the nonprofit and private sectors. Fatih, who served as member of the RCMP Council for Partnership & Diversity with Canadian Forces, was awarded with Queen’s Jubilee Medal.